Years ago, more than I care to remember, someone gave me a present of an electronic organiser, a Casio I think and being young and foolish I thought it might be useful. This was back before mobile phones were the norm. So I spent some time entering in phone numbers, addresses, birthdays and the like. I had it for about a month when the battery died and by the time I had a new battery installed, it had managed to forget everything. In the bin it went.

It put me off gadgets for a long time. I was slow to buy a mobile phone and when I did get one I left it off most of the time as I didn’t like people interrupting me. Students would ask what my phone could do and found it funny that (1) I didn’t really know and (2) that I only used it for phone calls. I sent a text message on it once to myself and found it cumbersome. I set up email on it but the first bill that came in caused me to abandon that notion. I was slow to buy a laptop as I just saw them as being more expensive and not as fast as a desktop. I never bought a PDA as I never saw the point and after my Casio experience I felt a notebook (the dead tree variety) and pen was handier and more reliable. Safe to say I was no Inspector Gadget.

Over the last two years though that has changed. The ever increasing convergence trend has got me in its grip and I reckon I’m not going to be cured any time soon. First it was the iPhone, followed soon after by an Asus netbook and more recently a really small HD video camera. It’s funny that while these are quite different devices they have a lot of overlap in their functionality. All three have a camera, two can access the Internet, all three use flash memory for storage. John Hickey at the CESI conference this year described technology as being anything that wasn’t around when we were children, or words to that effect. I’m no digital native but I reckon I’m not too far behind. I suppose the biggest giveaway though is that I still prefer email to SMS text. 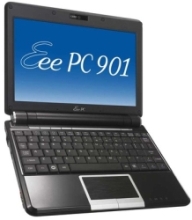 A few news items recently indicate where convergence may be taking us now. Nokia, a mobile phone company, are talking about releasing a laptop. Asus, a computer manufacturer, say they will have a mobile phone on the market before the end of this year. The one though that really interested me was the news from Asus that they were looking at developing a netbook. What is different about this one is that it won’t be designed to run Windows. Neither is it be designed to run Linux. Nope, the notable thing about this one is that it will run on Android, Google’s Linux based mobile phone operating system. A laptop running a mobile phone operating system. Build in 3G or whatever it’s faster, cheaper successor will be, and you end up with a big iPhone/computer/camera with a battery life of several hours or more. Beam me up Scotty, I’ll take one. 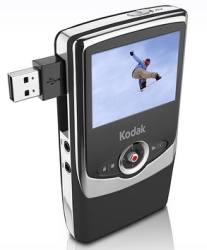 So what does this mean for the future use of technology in schools? I remember a discussion in my school where we decided to move from Word Perfect to Microsoft Word as that is what the students would need to know when they left school. Since then we moved to StarOffice/OpenOffice as it was cheaper and, let’s face it, if you know your way round one word processor then you will figure out another one pretty quickly. For that matter it doesn’t really make any difference what they use in school as it will be obsolete in less than a decade anyway. If I had to guess I would say we will be using much more online applications like Google docs,  bubbl.us etc. and that we will place more emphasis on having a good web browser than what operating system our devices use. Perhaps I’ll look back on these suggestions in a few years time and cringe at my stone age mentality.