Last December Conor Galvin posted a message on the Computers in Education Society of Ireland list about an “ICT for Collaborative, Project-Based, Teaching and Learning” course taking place in Malta, in the summer of 2010. It was funded as a Comenius Life Long Learning programme. Applications were through Léargas In Dublin.

The course was held at a Secondary School, St. Clare’s College near St. Julians, in Malta. The Director was Emil Vassallo whom some members on this list may know through eTwinning. The course was incredibly well organised in all its aspects. 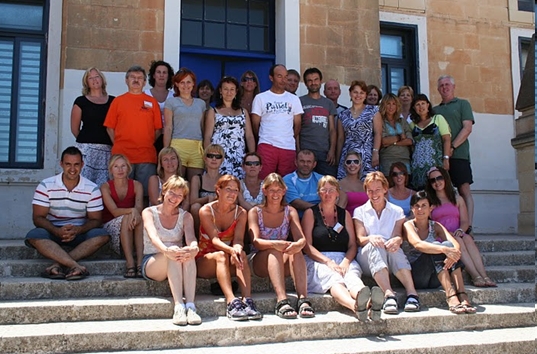 The teachers were broken up into two groups, a primary group and a secondary group. Both worked in well-equipped computer-labs. Broadband was available and behaved itself similarly to many Irish schools, experiencing a slow connection from time to time!

Eleven technologies were taught and practiced in group situations. The less familiar ones are hyperlinked below.

In addition Angela Andersson, a consultant from the eTwinning National Support Service in Sweden gave a presentation on eTwinning along with Emil Vasallo.

One of the objectives of the course is that we the participants would establish an eTwinning relationship between some of our schools and promote eTwinning amongst teachers in Ireland.

The website is www.etwinning.net. Click on the register now button, fill in some very preliminary details and you will find if your school is registered or not. The main advice was to take the project slowly at first building up the relationship with the school/teacher in Europe, once you have identified a common area of interest. Their website is designed as the primary source of support for teachers involved in eTwinning.

The group in Malta experimented with some possible eTwinning projects.

Brenda worked with teachers from Belgium, Poland and Romania looking at using some of the technologies above. The proposed project involved creating a monster from descriptive language where each participant would describe a part of a monster e.g. a head, legs. Each participant would then create their own and upload a picture of their creation to a wiki currently known as themaltamonster. The duration of the project is to be from January 2011 to May 9th Europe Day where the monsters would take on a national identity :).

Donal worked with three teachers (from Sweden, Italy and Spain) and examined how they might organise a blog and wiki looking at agricultural sustainability using insights from economics, history, biodiversity and modern technologies. 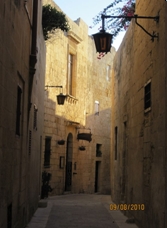 Malta itself was very hot, but the ICT rooms were air-conditioned. The course ran from 9.00AM to 4.00PM Monday to Friday with the final-group presentations on Saturday morning. We both found it tough going at times. Some of the technologies were new to us and required a lot of concentration! We were also not used to working in air-conditioning all day and suddenly at 4PM being release into afternoon heat.

The most rewarding part of the course was the classroom group-work, with the relationships made there, in many cases becoming friendships as the week progressed. This group dynamic began long before we arrived in Malta with an online community created for participants of the 8-14th August course in Malta using Ning. 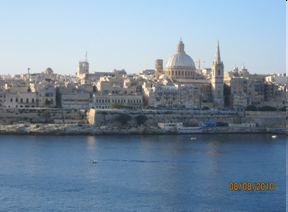 The local buses have to be experienced and ferries are easily available. Eating out is reasonable with many restaurants facing the Mediterranean. People eat out from about 9PM and the atmosphere is generally very relaxed!

There was a strong cultural programme as part of the course, with guided tours on two of the afternoons / evenings, taking in both the natural, cultural and historical aspects of the Maltese Islands (as the Maltese like them to be known). Dónal’s teaching of the North African Campaign during World War Two will never be the same after learning about the suffering the Maltese endured in 1942.

It is intended to run this course in 2011 and we would recommend your apply for a place. It is very interesting to see how teachers from Europe engage with ICT in their practice. The course is run at weekly intervals over July, August and early September.

There were five Irish teachers on the course in total. The three others were Primary-teachers.