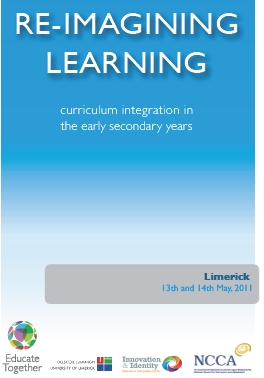 I was at the “Re-Imagining Learning” conference in Limerick last weekend where the theme was Junior Cycle Curriculum Integration. I’m not even going to try to summarise or even list the thirty or so talks and presentations by practitioners from home and abroad. Suffice it to say there was a lot of food for thought and I’m sure those in attendance will be reflecting on what they heard for quite some time.

It was encouraging to see and engage with presenters and attendees from pretty much all the key sectors/communities of the education system including NCCA, UL, TCD, UCD, DIT,  DCU, PDST,  University of Toronto, University of Brighton, North Carolina State University, ESRI,  Bridge21, Special Ed. Support Service, SEN Schools Network, Exploris Middle School, Teacher Unions, FIS, Davis College students and lots of teachers – who recognised a need for change even if we aren’t quite all in agreement what that change should be and how we might implement it.

Biographies and PDFs of the keynote presentations are available on the Educate Together website  – http://www.educatetogether.ie/press-releases/2010/12/upcoming-conference… and a full lineup of all the talks and presentations can be seen here http://www.educatetogether.ie/wordpress/wp-content/uploads/2011/05/20110… . Emer Nowlan, Head of Education and Network Development at Educate Together and the main organiser of the event, was rightly congratulated at the end of the conference on managing to pull together such a rich programme for the conference and I’m told there are plans to get videos of the keynotes online soon.

Part of the discussion, during and between sessions, revolved around the question of what Ireland might do in this area if we were starting from scratch, what would our needs be and what systems might we put in place. Along with the NCCA, and the University of Limerick, the conference was organised by Educate Together, the representative body of the 58 Educate Together primary schools, who find themselves in exactly this position as they start to explore getting involved in second level schools.

Educate Together have done a lot of work on what it would mean to be an Educate Together secondary school. One document they have produced, http://www.educatetogether.ie/wordpress/wp-content/uploads/2010/03/Bluep…, explores this question and there is much that is worth reflecting on for all second level schools in the light of possible changes in the junior cycle. In particular, section two looks at “Curriculum, Teaching & Learning” and includes the suggestion that Educate Together schools might not do the Junior Cert at all – there is in fact no statutory requirement for second level schools to do so. 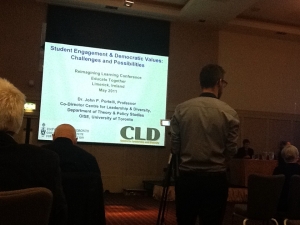 There is a fair amount of momentum behind reform in the Junior Cycle with the Minister in support. One body that seems to have the ear of the Minister is the NCCA and I expect their proposals will hold a lot of sway in the process. Findings and discussion documents from their work are available herehttp://www.ncca.ie/en/Curriculum_and_Assessment/Post-Primary_Education/J… and check out the slides from John Hammond’s presentation from the conference.http://www.educatetogether.ie/wordpress/wp-content/uploads/2011/05/JohnH…

In discussion among teachers in my school the debate can get heated at times with some looking for radical change and others looking to prune some things and promote others. One teacher commented: “something  I’ve  been  thinking  about  recently  is  how  the  Junior  Cert  offers  very  little  challenge  for  more  able students”. Another suggested  “there is much to be said for retaining the elements of our system that nourish real educational development while binning all the guff that we have accumulated more by accident than design” and yet another suggested we “strip the engine back to its essentials and then add ‘applications’ carefully”.

One of the things that attracts me to this discussion is that I see a fantastic opportunity to open the door to ICT integration into teaching and learning where the fruits of the work can be assessed and included in whatever the Junior Cert becomes or is replaced by. All too often students can put great work into both curricular and co-curricular activities and projects, work from which they undoubtedly gain much at a personal level but which is not measured by either the Junior Cert or Leaving Cert. It is perhaps an indictment of the current system that much of the most interesting stuff involving the use of ICT by students at 2nd level happens in TY where folk are free to escape the state exam system. Another bete noir of mine is the fact that a student can get maximum points in the Leaving Cert without ever having read a book other than the course text book and without ever using a computer or any other ICT more advanced than a bic pen. A couple of exceptions are the T4 subjects and a small ICT component in Music. 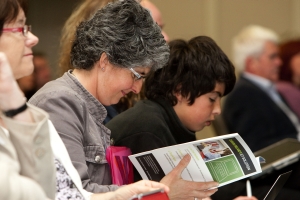 I think one of the difficulties we face when considering change is that we as teachers are in many ways the measure of success in our existing system. If there is a ladder of achievement then we are pretty near the top of it having successfully navigated the Inter Cert, Leaving Cert, primary degree and H. Dip. Some have gone on to do other diplomas and masters degrees and there are even a couple of Ph.D.s knocking about. As teachers within the education system, the next rung up the ladder would be lecturing at 3rd level and thats about as far up the ladder as you can go. The system that we succeeded in is pretty much the same system in place now and I think it is hard for us to conceive of any other. Over the years as guiding hands in our education system we have become excellent at processing students through this system and while I’m pretty sure young folk today are no cleverer than the folk that came before, the grades they are getting rise year on year to the extent that many of us might have struggled to get into third level today with the Leaving Certs we got way back in 19xx . The best teachers we had were the exemplars we emulate today and again it is hard for us to imagine things being done any other way to the same kind of standards and with the same level of rigor. We have an inclination to believe that changing our systems will inevitably involve a decline in standards. 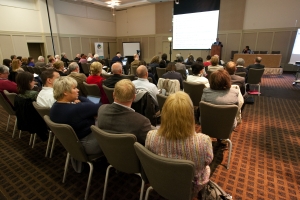 Another challenge to change might come from parents. While many parents will buy into the need for change, they, like us, will have difficulty imagining what that change might be as they have come through the same systems as us and, for the most part, know no other. Like many of us, I think they may be inclined to believe that changing our systems will inevitably involve a decline in standards. This challenge may be more strongly experienced by schools who adopt change earlier – first with their heads above the parapet as it were.

The reality is that there are other ways of doing things and there are countries that seem to be doing a lot better than Ireland and who wouldn’t want to adopt our systems for a second. One that has attracted a lot of attention in recent years is Finland who spend less time in the classroom than we do but seem to achieve a lot more.http://news.bbc.co.uk/2/hi/programmes/world_news_america/8601207.stm?ls

Now the Finish system is radically different from our own and I don’t expect we will see anything like this level of change any time soon, if ever, but I also think that tinkering round with our existing system isn’t going to produce the changes that many are looking for. From what I was hearing at the weekend we may be looking at the following:

Lots of other suggestions being discussed and I’m sure a lot of negotiating to be done with the teaching unions etc. but there is an opportunity to effect change now and one way or another we will need to engage with the process.

As for the Leaving Cert … hmm, perhaps another day for that one …

I’ll finish with a quote that Brendan Tangney used to close the opening day of the conference that reflected the mood and atmosphere of those attending.

There is a tide in the affairs of men.
Which, taken at the flood, leads on to fortune;
Omitted, all the voyage of their life
Is bound in shallows and in miseries.
On such a full sea are we now afloat,
And we must take the current when it serves,
Or lose our ventures.
(http://www.enotes.com/shakespeare-quotes/there-tide-affairs-men)