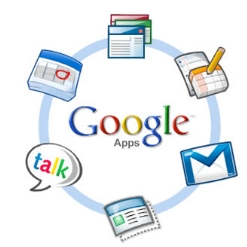 I had the opportunity to attend a Google Meetup in London recently, along with two other educators from Ireland. This was new to me, never having attended a Google event before. The idea behind the “Meetup” was to showcase Google’s products in the classroom and their “engagement in the education space”. It was attended by roughly 50 teachers, mainly from the UK, along with Google staff who specialise in Google Apps for Education. The theme of the event was “Making Learning Magical” – I had always associated words like “useful” and “efficient” with Google, but never “magical”, so I was curious to find out more…. I was also curious to find out how ICT usage by teachers in Ireland compares with UK counterparts.

The Head of Enterprise Apps for Education, William Florence, kicked off proceedings with a formal opening and introduction. He pointed out that, historically, Google focused on university sector in UK, but are now focusing on secondary schools. They are trying to engage with a community of users and are hoping to dramatically increase size of audience.

MC of the event and Specialist in Apps for Education, Ross Mahon, highlighted how apparent Google is in education already. It was refreshing to see an Irishman lead the event in London, and showcase some of the great education products and events of his company:

He also spoke of Google’s continued support for the Khan Academy, a non-profit educational organisation.

Next up was Steve Bunce, leader of VITAL, with an interesting presentation on how Google will be working with VITAL in the future.

He also showed a this peculiar clip on how Google Docs can be used to create an animation from within the browser, without the need to install any software.

This was followed by Stephen Lockyer with a presentation on Google Apps in practice in his school. He highlighted how he and  his pupils use:

Before breaking for a snack, we had a presentation by Jill Duman, who amazed us with her story about how they had created 142,000 Google Apps Accounts for their students …. on ONE single domain! I’m still trying to get my head around this figure, knowing the admin that’s involved with less than 500 accounts on a domain.

Tom Barrett brought us back to reality with a very lively discussion about the place of digital literacy in learning and on how Google Apps for Education can be improved. I was interested in his use of Google Moderator to gather questions and topics for discussion from everyone. It also allows voting on topics, giving those present a real input on the discussion. 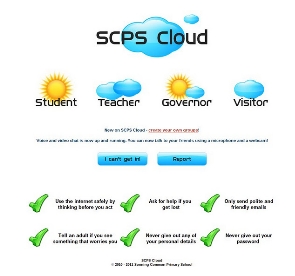 Those of you working in primary schools may be interested in this commercially-developed “landing page” for Google Apps from Sonning Common Primary School. One frequent complaint about Google Apps is that it is not visually appealing for children. This point was made during the discussion, and Google staff took note. Other suggestions made were to allow audio recording within Docs, and to simplify passwords & authentification.

Google SketchUp was lauded by Andrew Laycock from Leeds, who pointed out that while it enhanced students’ skills in areas such as modelling, logic, precision & maths, it also encouraged design, creativity, independent working & fun! The great thing about SketchUp is the level of engagement by students – I’ve seen my own students go home and download it themselves to continue working on their designs.

The event finished up with an entertaining presentation from David ‘Deputy’ Mitchell on embedding spreadsheets, and Ian Addison showed us his version of a VLE, using a mix of Google products and many others, such as WordPress. Quote of the day goes to Ian, who tells his students when using the Internet “If you see something inappropriate, tell someone. If you see something cool, tell me”!

An unexpected gift from Google, in the form of a Samsung Chromebook, was given out to everyone! It does boot up really fast, and the battery life is incredible. I’m writing this on it  at present and I’m impressed with it so far. I’m looking forward to loaning it out to students to get their reactions to the concept of “everything on the web”.

So, what did I make of the event? Well, apart from being thrilled with the freebie, it was interesting and beneficial, and definitely worth going. It became obvious how connected education is with Google products, even in schools not using Apps for Education, through the myriad of products & competitions highlighted above in bold. Google are now trying to focus their efforts on education, and from what I saw in London, they are committed. As for “Making Learning Magical”, I’m not so sure Google can do this. They provide the tools freely, and most of them are excellent tools, but it’s really up to the teacher to use them in a way that best suits the learning style of their students.

I came away happy that our usage of ICT in education here in Ireland would seem to be on a par with the UK – there was very little mentioned in London that isn’t being done by some teachers up and down the country here! Wouldn’t it be nice if we could convince Google to host a teacher meetup in Ireland…