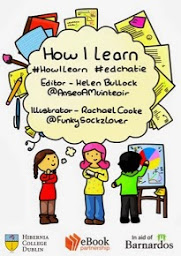 Following the publication of a crowd sourced book entitled How I Learn by Helen Bullock for which I wrote an article about mobile technology, a private donation was made to my school to promote language teaching.  (The article had described the effect of an earlier pilot deployment by CESI of iTouches on language teaching and learning.)  Discussions took place with teachers of Irish, French and German as to what would be the best way to spend the money.  It was decided to purchase nine Chromebooks along with a router and put the system together on a trolley.  This would create a mobile ‘hot spot’ which would allow teachers bring distributed internet access to classrooms. The school is a DEIS secondary school of approximately 600 female students, who are based in class groups with teachers moving from room to room.  Every classroom in the school has a network point. Teachers had the opportunity to bring the Chromebooks home over the previous summer to become familiar with them.  One or two subsequently purchased a device for personal use.

If you want to do word processing you access Google Docs and your work is stored ‘in the cloud’.  The advantage of this is that you can access it anytime, anywhere via the web.  It has a web cam,  2 USB ports, an HDMI port and 3.5mm mic/headphone combination and 2 integrated speakers.  Critically for the classroom the battery life is seven hours with a seven second connection time to the web.

The components of the system are:

a router, nine Chromebooks, a trolley and two letter trays each with a cork finish on each tray.  The chargers were all placed on the floor of the letter trays and wired in such a way that students could return the device to the tray and plug in the charging connection.  The lesson of a ‘one plug to charge all’ had been well demonstrated with the iTouch system. 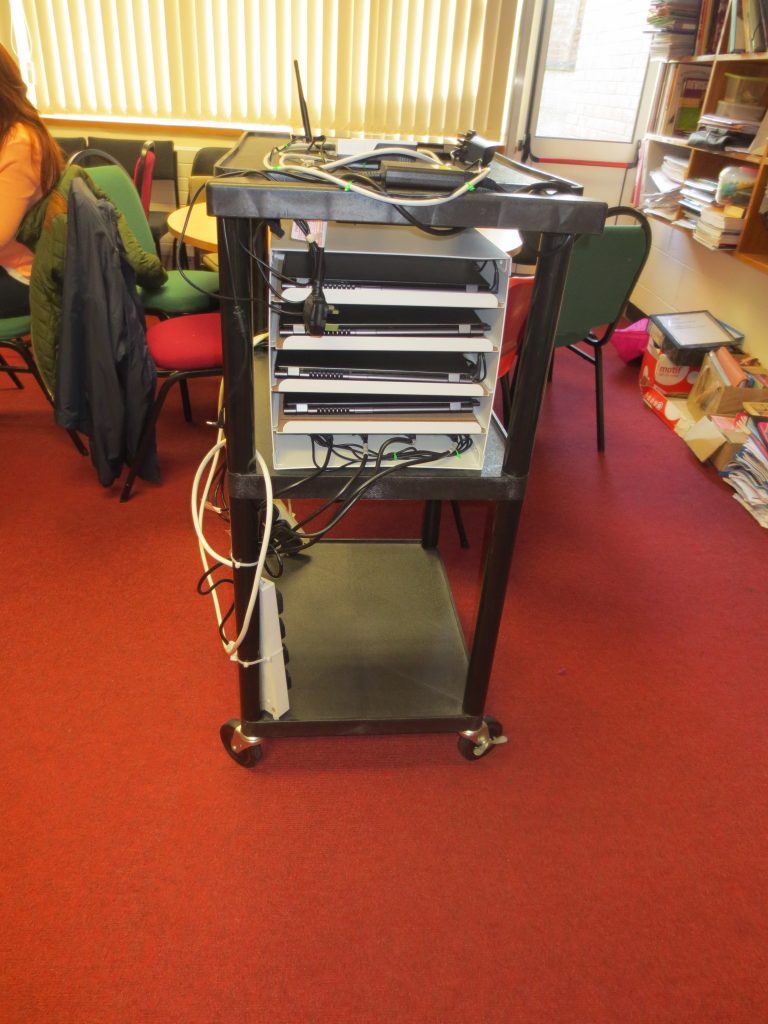 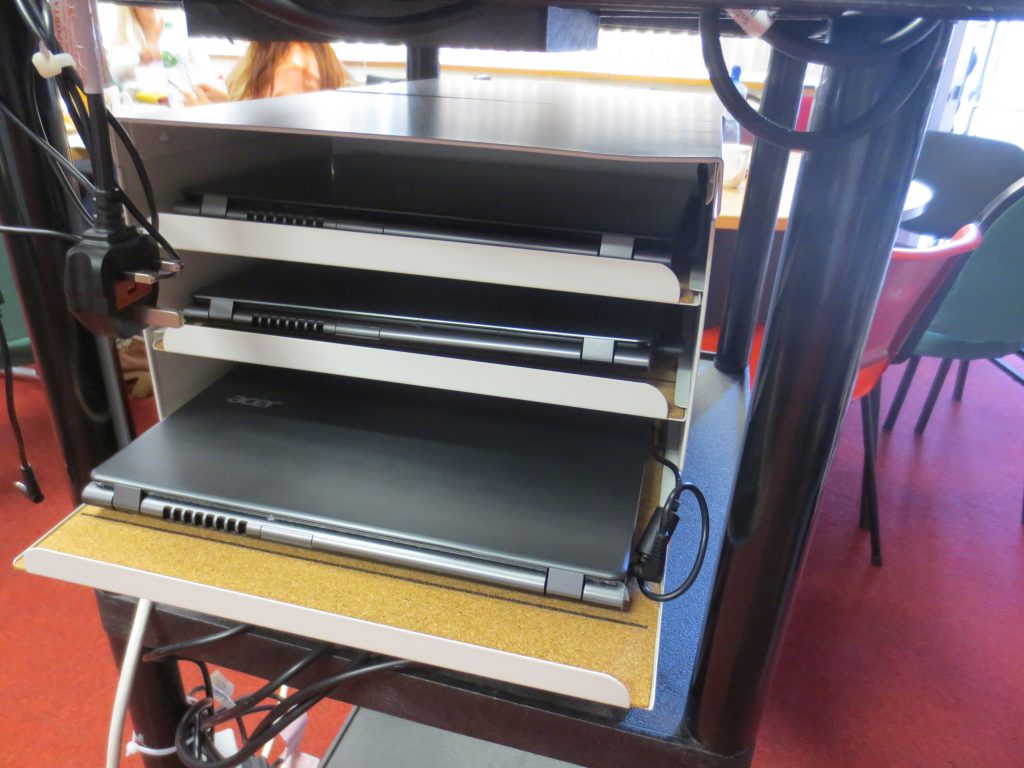 Starting in September 2014 teachers began to trial the use of the technology in teaching.  The response has been extremely positive.  The big stated advantage is the quick access to the web – seven seconds connection time.  And it really does work!  It also allows the technology serve the needs of t 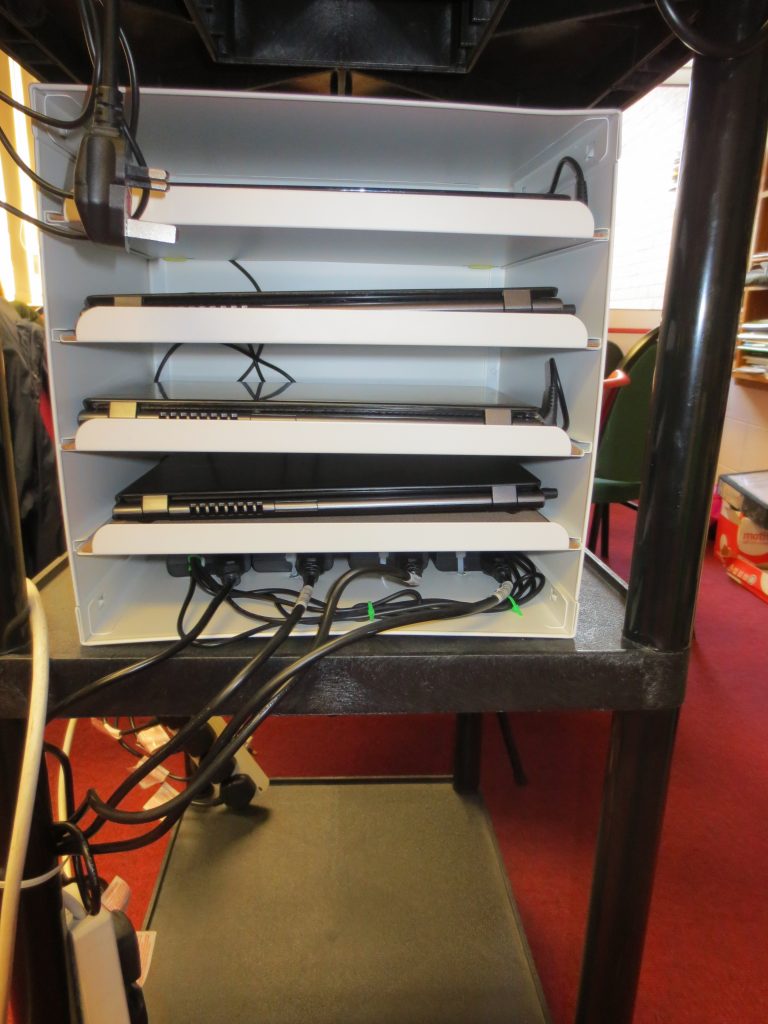 he students and teacher rather than the other way around.  Prior to the commencement of the pilot, the nine language teachers involved were asked to complete a survey.   During the year a number of teachers of other subjects had occasional opportunities to use the Chromebooks and their opinions were sought in a separate survey.  At the end of the pilot the language teachers were again asked to complete a survey.  The overwhelmingly positive response can be summed up in the unanimous ‘Yes’ answer to the question ‘If a colleague in another school asked should they consider Chromebooks, what would you say?’

The overall impression from the pilot is that it represents a positive development in accessing the potential of the web in a classroom environment.  As with any new scenario it is important for teachers themselves to feel comfortable about the technology so appropriate CPD should be planned for.  As ICT co-ordinator I can say that I was rarely needed to support the devices.  My one observation is that it is essential that an individual is responsible for the devices.  The role is to ensure the unit is plugged in at the end of the day to recharge and to organise a booking system.  We tried a system of rotating responsibility and after a year I would say that it was not a success.  The system has now been in place for two academic years with the hope to increase the number of devices.