Tim Rylands has been described as “an extremely gifted and inspirational teacher, with a love of the creative potential of technology and an excellent rapport with his pupils”.

With over 25 years of classroom experience, in the UK, and beyond, including 4 years in West Africa, Tim is now much in demand for training days, conferences and seminars around the world, presenting the results of his work in an inspiring, practical and often humorous way.

Observers have commented on his imaginative and encouraging style of teaching, which allows children to express their creativity and make significant gains in attainment.

He has received notable recognition for using computer games, and Web 2 technologies to inspire children’s creative confidence in many areas of the curriculum – writing, speaking and listening, music, thinking skills, collaboration, interaction and much more.

Tim has received a vast amount of press coverage for his innovative use of ICT, and has featured on the BBC, ‘Teachers TV’, CNN, in The Times, The Guardian, The Independent, and many others. In 2005 he won the 2005 Becta ICT in Practice Award. In addition, Tim is also well known for the musicals he has written for children, which have been performed to great acclaim.

Working alongside Tim is Sarah Neild.


Sarah is an award winning teacher with experience of inspiring schools with many creative uses of ICT. Sarah was awarded Advance Skills Teacher status in 2003 being described as an ‘exceptional teacher… teaching of the highest calibre, particularly in her dynamic use of ICT’.

In 2004 Sarah was a finalist in Becta’s ICT in Practice Awards, where she was described as ‘an evangelist’ in her use of ICT. Sarah was chosen as a Beacon School Teacher in a primary in the North West of England. She provided demonstration lessons in the use of ICT across the curriculum and supported colleagues, both in her own school and beyond, in developing their ICT skills.

As part of her local authority’s ‘Hands on Support’ team, Sarah guided many schools in their development of ICT. She has presented at BETT on the use of interactive technologies and worked with teacher training colleges. 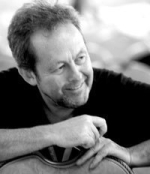 John Davitt is a teacher, inventor, broadcaster and digital toolmaker. He has worked in the international education sector for the last twenty-five years and is a specialist at cutting through the mystique to assess the practical potential of new resources. John has worked alongside teachers in schools in UK, Africa, USA and China and he is committed to levelling the playing field regarding access to new learning opportunities.

Davitt is the author of the book “New Tools for Learning” (2006) a practical guide as to how to make the technology fit the learning need, and WordRoot an interactive CD guide to words and their etymology. In 2006 he also invented and developed “The Learning Score” (www.learningscore.org) a visual tool that maps out and shares learning intentions as a graphical event – rather like a music score.

His latest project is the  Learning Event Generator and “the LEG” – an interactive learning tool for mobile devices where you literally shake up a learning challenge.

John’s most recent work with education centred around “Designs for active and affordable learning” (D4AL). As well as work with individual governments and consortia John took D4AL on the road as an Active Learning Roadshow.

In his keynotes & training sessions John champions a pragmatic and realistic view of the new technology revolution. His approach is one that fuses intermediate and advanced technology approaches/where we keep the best of past practice and augment it with the benefits that new tools have to offer.