In advance of the CESI symposium at Maynooth on September 16th 2017, this blog post reports some of the issues that came up at CESI conference in March 2017. 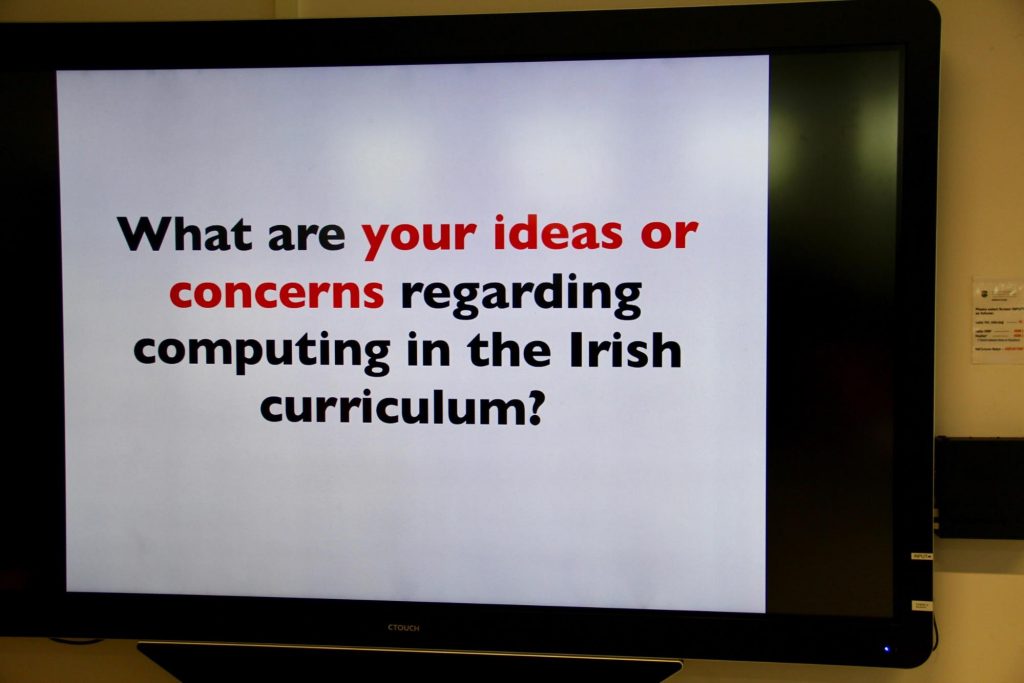 The session ‘Computing in the Irish Curriculum’ offered participants the opportunity to propose their issues for discussion on this theme, stimulated by the news that a Leaving Certificate in Computer Science was coming, a coding module at Junior Certificate was in development and moves to address coding at primary level were also being made. Approximately forty took part during the hour, debating in groups that were self-forming, self-chairing, and self-reporting.

The facilitators, Richard Millwood, Mags Amond, Nina Bresnihan and John Hegarty were a combination of CESI Executive members and the Computational Thinking for Life group at Trinity College Dublin, but it was the knowledge of the participants in the room that provided the content for the session. 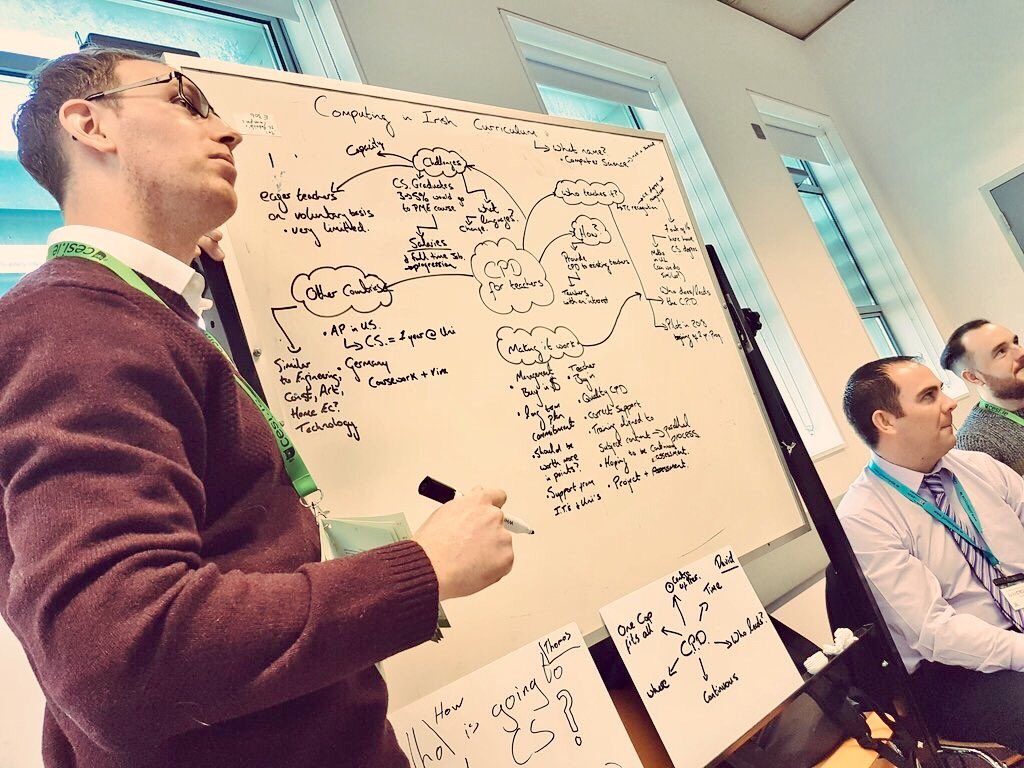 The issues debated were mapped on to whiteboards, reported back to the whole group and are summarised here: